About $600,000 in building improvements to Wheeling’s 78-unit Arbor Court Apartments, half of which will be funded by tax increment financing money, will likely be completed by the end of summer, says the complex’s TIF consultant, Michael Laube.

The Wheeling village board approved an application submitted by Neder Capital Services, Arbor Court’s owner, for $300,000 Monday, with Trustees David Vogel and Joe Vito voting “no.”

The public money comes from the Crossroads TIF district, established in 1985. In a TIF district, extra property tax revenue from increases in value goes into a fund to pay for approved public or private improvements, rather than to taxing bodies, such as schools.

Improving aesthetics at the complex along Dundee Road won’t add any new property tax increment to the village, and Vogel says ongoing maintenance work should be included in the cost of the rent.

“We have plenty of other projects that will generate an increment,” Vogel said. “Once we do this, are we going to underwrite the maintenance for every rental unit in the village all of a sudden?”

Village Attorney Jim Ferolo said approving this project would not set a precedent.

Neder plans on privately financing additional projects, including a parking lot addition, a new storm sewer for the back parking lot, a park setting with benches and bike rack installation.

Laube said the improvements are “geared toward aesthetics” as Arbor Court is a “gateway to Dundee Road” in Wheeling.

Neder in March requested more than $700,000 in TIF money for $1.1 million in work, but board members couldn’t agree on how much to award. Neder reworked the plan, taking into account village staff’s original response.

“This isn’t a maintenance program; this is a major capital improvement program,” Village President Dean Argiris said, describing the area as a spot that’s been “blighted and run down from previous owners.”

“It’s the little things we need to do to improve this entire town,” he said.

Neder Capital will receive the TIF money for the project once it is completed. 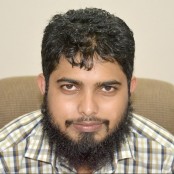